ZGLaw maintains a top-tier reputation in handling tax cases.   We provide high-grade contentious and non-contentious tax advice on national and local taxation issues. We represent several multi-national companies in tax litigation cases involving tax refund issues and deficiency assessments from the administrative level and the regional trial courts up to the Court of Tax Appeals and the Supreme Court of the Philippines.

Matters of significance include advising a major airline company in its appeals for refunds and dispute over the taxation of aviation fuel, and in a petition relating to excise duties on imported petroleum, with recent decisions granting a claim for refund of USD 24 million; representing a real estate company in securing favorable decisions from the Court of Tax Appeals and the Supreme Court on unverified information in tax assessments; and successfully handling and lowering a tax deficiency assessment case of a tour and travel agency company from USD 25 million to almost USD 702,000.00.

Attesting to our Firm’s reputation is its roster of clients comprising of energy corporations, universal and commercial banks, Fortune 500 companies, a major airline company, a leading supermarket retail chain, a corporation engaged in hotel and resorts operation, and one of the world’s leading premium alcohol drinks company, among others.

Before the Supreme Court

We have consistently secured several favorable decisions from the Supreme Court. In one case, we successfully defended our client against an assessed deficiency Value-Added Tax and Excise Tax, favoring and absolving the client taxpayer from any liability to pay the amount of USD 52 million. The case set a judicial doctrine on the effects of the tax amnesty under Republic Act No. 9399. For an electric power producer, we appeared before the Supreme Court in a case involving the interpretation of the Tax Code provisions on VAT zero-rating, which was one of the first cases to reach the High Court on the subject.

Recently, the Supreme Court affirmed the Court of Tax Appeals’ decision granting the tax refund of USD 24 million against assessments for excise taxes on importations of aviation fuel used by the client for its domestic airline operations. In another case, we secured a favorable decision and order of refund of USD 30 million before the Supreme Court on the client’s tax refund arising from the erroneous payment of Capital Gains Taxes under a tax-free transfer of shares under Section 40 (C) (2).

Before the Court of Tax Appeals

Our Firm acted as counsel in various claims for refund and cancellation of deficiency tax assessments. One of these cases is a claim for refund of erroneously paid capital gains taxes worth USD 33 million in relation to a novel tax issue on mergers and the doctrine of further control. In another case, we represented one of the world’s leading premium alcohol drinks companies before the Court of Tax Appeals against deficiency excise tax assessment amounting to USD 9 million.

Also, worthy of note is our experience in handling a novel case involving a global online airline ticketing system licensed and operated by a Singapore-based company, with the hosting mainframe in the United States and owned by a US-based company. In yet another distinguished case, the Court of Tax Appeals significantly decreased the client’s tax liability and ruled for the first time that the Documentary Stamp Tax is derived by reducing the cost of the leased property by the amount of the guaranty deposit kept by the lessor.

Before the Bureau of Internal Revenue

Further, our Firm assisted a Fortune 500 cement manufacturing company in a case involving a USD 40 million tax assessment before the Bureau of Internal Revenue. The assessment involved the imposition of deficiency income tax, VAT, withholding tax, excise tax and documentary stamp tax. For an electricity generation company, we handled an aggregate of USD 20 million in VAT refund claims arising from VAT zero-rated sales or zero-rated importation of capital goods.

On non-litigious issues, our Firm advised clients on transfer pricing problems in the manufacturing industry transition to a computerized commercial and accounting system which allows for the electronic filing of sales receipts with the Bureau of Internal Revenue. We also provided guidance to clients on the nuances of the Voluntary Assessment Program (VAP) and No Audit Program (NAP), a tax awareness program of the Philippine Government. We have a good track record in securing tax incentives and tax holidays for our clients, ranging from investors to non-profit institutions.

Considering the emerging liberalization of cross-border transactions among the ASEAN countries, our Firm imparted its knowledge and tax expertise to foreign clients regarding treaty-related matters and the application for a tax treaty relief.

To address the clients’ legal concerns outside of the Philippines, ZGLaw entered a strategic alliance with WongPartnership LLP, a top-tier law firm headquartered in Singapore. With this new alliance, we are now officially the Philippine member of the WPG Regional Law Network, the leading provider of legal services comprising prominent law firms from the Middle East, Malaysia, Indonesia, Philippines, and Singapore. 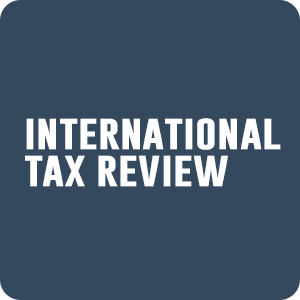 Tax Disputes and Litigation Firm of the Year (2019) 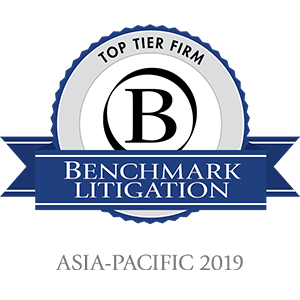 “Zambrano & Gruba has a strong reputation across the board for tax matters. It recently advised Philippine Airlines on a petition relating to excise duties on imported petroleum. Angelo Patrick Advincula and Antero Jose Caganda are both very experienced.”

“Zambrano & Gruba is very competent in handling tax issues. A client notes the firm’s “ability to fully understand our case and provide the simplest but most effective way to defend our case.”

The clients regard the firm with high esteem, particularly its prestige in tax practice and other matters, “they are the best firm for tax cases. Also good in mergers and acquisitions and effective in dispute resolution”